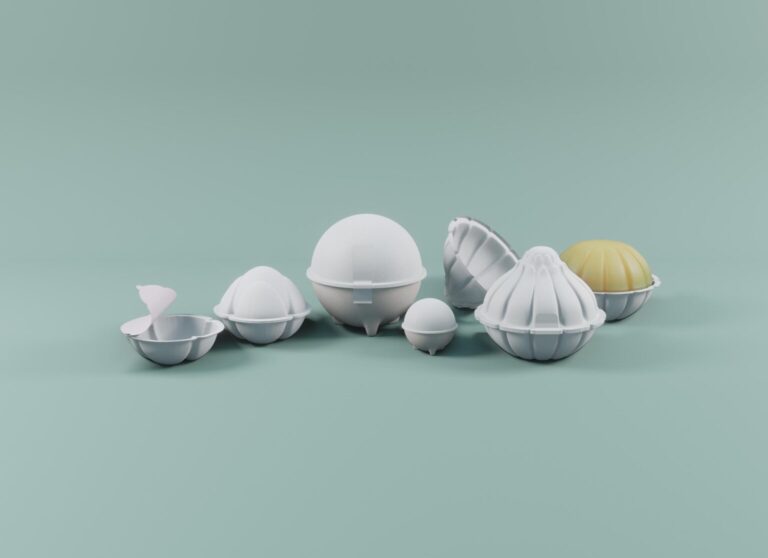 It is in the startups that changes will take place. That is the view of the Ellen MacArthur Foundation, which has now selected The Loop Factory’s dry-moulded packaging technology Yangi as an important means to reduce the dependency on plastics in the future.

The Loop Factory is a company based in Varberg on the Swedish west coast, developing and testing new concepts for future sustainable products and materials. The aim is to become an international leader in the field of circular innovations –  a goal that does not seem very far away.

One of the world’s most prominent environmental organizations, the Ellen MacArthur Foundation, has named The Loop Factory’s latest technology Yangi a ‘Key Enabling Technology’, meaning a very important future method for reducing the dependency on plastic materials. Yangi is a type of packaging technology enabling the production of cellulose packaging from pulp, using only a minimum of water.

In connection with the award, The Loop Factory was recently invited to present their technology to 150 major companies and players in a forum aimed at enabling cooperation projects for new technologies and business models.

Ellen MacArthur Foundation is a British environmental organization at the very forefront worldwide in its field. It was established to enable organizations to develop new solutions promoting circular economy.

One the foundation’s initiatives is called the New Plastics Economy. It has played a significant role in the global debate on plastics, bringing about systematic work towards a common vision of a circular economy through various commitments from decision-maker in business and politics, as well as increased public awareness. One of the promises made by major companies is to strive to reduce the impact of plastics on the climate.

It is in the startups that changes take place

The Ellen MacArthur Foundation has realized that it is not in the big corporations that changes happen, but in the startups. Therefore, the foundation selected The Loop Factory as one of four small businesses, which all represent different technologies that have the potential to greatly promote the reduced use of plastics.

“It was obvious that the foundation would choose The Loop Factory to appear at the forum,” says Sara Wingstrand, Program Manager of the New Plastics Economy at the Ellen MacArthur Foundation.

“The Loop Factory is interesting to me for several reasons. Partly because the Yangi technology is fascinating with its dry-moulded packaging process. But besides a new type of packaging, we also need production methods, and The Loop Factory is a good example. They submitted a very strong application, where they explained who they are, what innovation they had and what type of cooperation they sought. The Loop Factory is in a position where they can collaborate with many major companies, and where both parties can learn and benefit from each other,” says Sara.

Anna Altner, founder of The Loop Factory, is happy for the recognition.

“Just the fact that an organization such as the Ellen MacArthur Foundation has identified us as a key player in the effort towards reduced impact of plastics, why that’s amazing!

Working with decontamination at various paper mills, Melinda Persson noticed the lack of a coordinated system for risk analysis. Now she is developing the DIRI 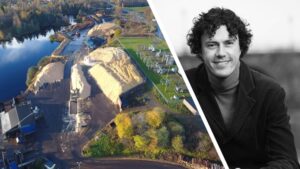