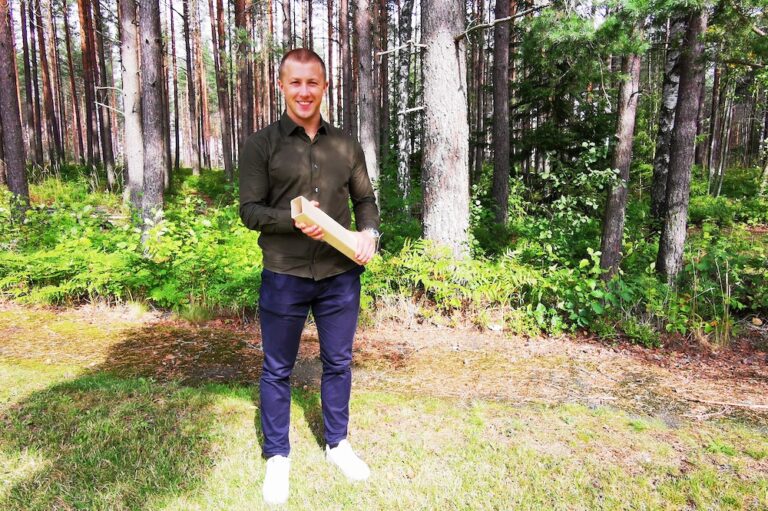 The demands for climate-friendly materials and new solutions are on the rise. Wood Tube is a company that offers the construction and furniture industries a lightweight stud that can contribute to more sustainability.

“We wanted to find ways to make better use of the forest resources,” says Kurt Härdig, one of the innovators behind Wood Tube.

A few years ago, Kurt Härdig and Patrik Kämpe came into contact with the concept of attaching gypsum boards to paper studs using adhesive tape, but the project was terminated after some testing. That was when the idea of ​​the Wood Tube lightweight stud was born.

“Patrik and I still believed that it would be possible to use paper studs, provided that you found the right type of paper composition where screws could be fastened. Then assembly could hopefully take place in the traditional way. We did tests for a couple of years, together with machine manufacturers in Germany and paper from BillerudKorsnäs,” Kurt explains.

The new paper stud was tested in BillerudKorsnäs’ Boxlab at the Gruvön paper mill.

“We had test studs built, and through trial and error we found the right mix, in which screws could be secured. We also filed a patent application for the stud and formed Wood Tube Sweden AB.

In order to take the next step in the company’s development and approach market launch, Kurt, who works mainly with production, and Patrik, who is a product expert in paper chemistry, decided that the team needed further strength. That was when they heard about Tobias Söderbom Olsson, who was finishing his studies at Karlstad University.

“When I was introduced to the idea I was a little sceptical at first. But when I got the stud in my hand and felt how light and strong it was, I was very impressed. Now my role is to make others experience the same thing, so that they want to test the stud,” says Tobias.

Better for the environment

Finding new ways to improve the working environment in the construction industry is a constant task. “The Wood Tube lightweight stud not only makes material handling easier, but should also reduce the cutting injuries often caused by sheet metal. That adds to the positive properties of our stud,” Tobias asserts.

And it is not only good for the working environment. A study made at Karlstad University showed that an ordinary metal stud emits 14 times as much CO2 as the Wood Tube stud, which, in addition, can be made partly from waste material.

“For us it’s also about optimizing the wood raw material. We can use the parts that aren’t interesting for other applications. It’s important that we can offer an alternative that’s more affordable, better for the environment and compliant with the requirements of the construction industry. And we’re well on our way to succeeding!”

To be prepared to deliver the finished studs to customers, Wood Tube already has a production line in place.

“It’s not just about offering a good product – you have to be able to deliver when orders start to roll in as well. Therefore, we’ve prepared a production line at a third-party location, but the plan is to locate production near one of the paper mills in Värmland.”

“Development and testing should take place close to those who’ll use the product, so it’s vital to get feedback and build on it. Therefore, we’re about to start an exciting period of testing and development.”

“Carpenters who’ve already tried it are enthusiastic, so now is the time to broaden the tests.”

Wood Tube cooperates with Sting Bioeconomy since the spring of 2019. 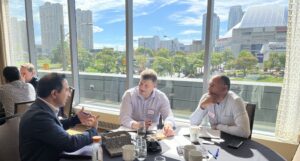 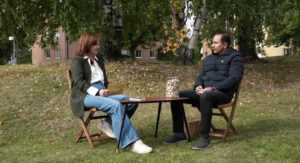 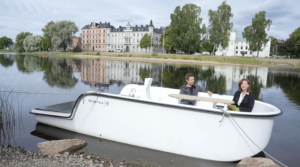