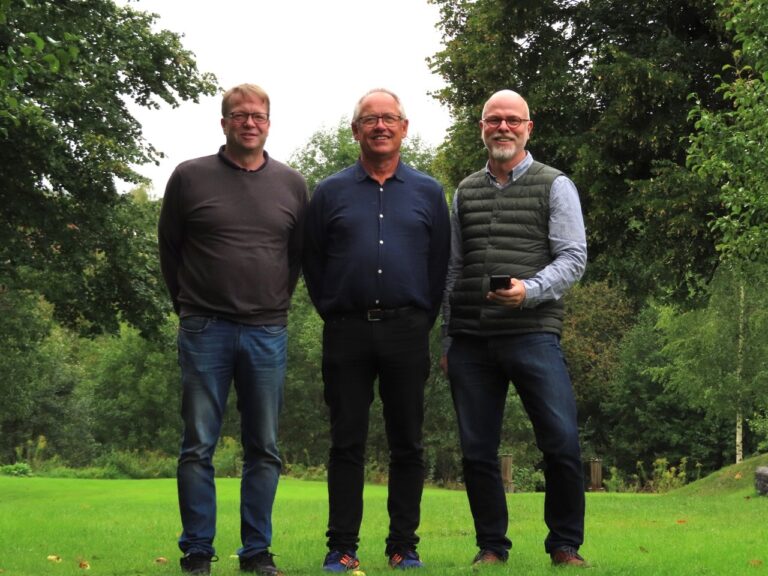 ZiGrid is a company that utilizes a revolutionary technique to extract electric power out of low-temperature waste heat from energy production. In order to boost its business development, ZiGrid has now joined the Sting Bioeconomy community. The company’s solution has the potential to increase the world’s energy supply in an environmentally sound and cost-effective way, while also reducing the need for industrial cooling.

Over 70 per cent of all the energy supplied for use by humanity today is dissipated as waste heat. The energy loss corresponds to approximately 130 times all the energy provided by Swedish power companies each year. One major challenge is the difficulty to make use of medium cooler than 100 °C. Added to that is the cost for cooling down the heated medium before it can even be disposed of. Finding a way to utilize the waste heat would make huge amounts of extra energy available.

There have been numerous attempts to put waste heat to use. One example is Swedish company Climeon: through its technology, even waste heat below 100 °C can be made useful.

ZiGrid, our new incubator company, has come up with a unique method for extracting energy from flows of waste heat down to 45 °C, technically even lower, in an economically viable way. Water-borne waste heat is especially interesting for ZiGrid for the generation of electric energy, but there may also be a demand for lowering the temperature before the water is fed back into nature. Therefore, ZigGrid’s innovation can be of particular benefit, because the electricity generation could reduce the costs of cooling down the water before disposal.

In other words, ZiGrid may contribute to making the world’s energy supply more sustainable, with major upsides, both environmentally and economically. The method has two Swedish patents, and applications have been filed internationally.

Entrepreneurs with engineering focus behind the idea

ZigGrid’s solution is based on an idea hatched by entrepreneurs Lars Birging, Torbjörn Birging, Jan Björkman and Andreas Nordh – all engineers with previous experience from startups. The idea came up when they realized the needs and the huge potential in this area. With a master’s degree in engineering, Lars Birging has worked with international business development throughout his professional life, and he has been committed to sustainability for 30 years. Joining Sting Bioeconomy’s incubator programme feels just right, he asserts.

“I have a very good impression of Sting Bioeconomy. They have relevant knowledge and networks in the areas where we want to focus initially, and we all have the feeling there’s a great connection between us. We believe Sting Bioeconomy can be an excellent cooperation partner when it comes to securing deals before launching the product.”

When will ZiGrid be launched?

“During the next few months, we’ll be running a test in an identified customer segment, and next autumn we can hopefully start delivering ZiGrid as a commercial product in small volumes.”

Where will ZiGrid be in three years?

“In three or four years we’ll have a handful of strategic customers in the process industry, and large-volume deliveries to them will start to take place. Within ten years, we’re going to be an established supplier to the power industry as well as the process industry. The price level for electricity in Sweden is a challenge for us, as for many other players having new solutions, but since our product utilizes energy within the company itself, there won’t be any extra fees to the network operators. Electric power is generally more expensive abroad, so we envisage that the most significant volume growth will be on the international market. We’re driven by the aspiration to contribute greatly in the transition to more climate-smart energy production.”

We are happy to welcome ZiGrid to Sting Bioeconomy, and we look forward to following their exciting journey!

Aiming for the international arena, Sting Bioeconomy notices foreign companies are very interested in verifying their products and services in Sweden. “We’ve started the journey

Musikhjälpen (‘The Music Aid’) is a live broadcast charity event, the Swedish public service being among the organizers. The hosts are three people in a